Established in 2020 as a spin-off from Milata KG, NEMEXIS bundles anti-fraud services provided by Dr. Paul Milata and his partners for more than a decade.

We strongly believe in the power of inter-disciplinary teams, cutting-edge technology and local know-how. Our work relies on a global network of trusted partners and specialists, many of whom are CFEs.

The „Association of Certified Fraud Examiners“ (ACFE) is the world’s largest anti-fraud organization, with 85.000 members (2021). It is also the one major professional organization dedicated to the idea that fighting fraud is an inter-disciplinary endeavour. The ACFE attracts auditors, lawyers, law enforcement officers, OSINT specialists, accountants and regional analysts from around the globe. 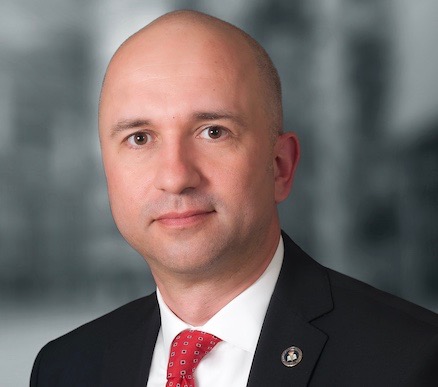 Since 2004, Paul is an international management consultant with a focus on Central and Eastern Europe. After joining Kienbaum Consultants International as a “Country Manager”, he became the “General Manager” of the East European investments of a German holding in 2009. He established the business consultancy Milata KG in 2015.  The company focusses on Central and Eastern Europe and offers anti-fraud and executive search services.

Milata KG conducts research on fraudster profiling and has one of the largest databases on this subject. Fraud investigations lead to the identification of cases with a volume of up to € 250 million. Litigation lead to sentences of up to 15 years.

After studying business administration at the University of Göttingen, he started as a trainee in 1979 at Robert Bosch GmbH. In 1996 he left Bosch as „Managing Director Greece“ and became „General Manager Aftermarket and Distribution EMEA“ at “The Timken Company”. From 2000 to 2002, he was a member of the Executive Board of „Rothenberger Werkzeuge AG“, from 2002-2006 sole „Managing Director“ of „Watlow GmbH“ in Germany and „Managing Director UK“ with overall responsibility for the EMEA business.

In 2006, he joined „Dover Corporation“ (Vehicle Service Group), where he became sole „Managing Director“ Germany and Vice-President EMEA on the US board level. From 2015 – 2017 Mr. Rohde was „General Manager (Commercial Vehicles)“ of „Magna Seating (Germany) GmbH“.

With more than 20 years of experience in successfully managing mid-sized companies in Europe, he has a deep understanding of sales, marketing, manufacturing, process and value stream optimization, corporate culture acquisition and integration, reporting, controlling and strategy.

Mr. Rohde is an advisor to the NEMEXIS project.

Their career started in the private or public sector and was followed by the decision to become self-employed. They can draw on a rich experience with clients including business corporations of all sizes, NGOs and government agencies.